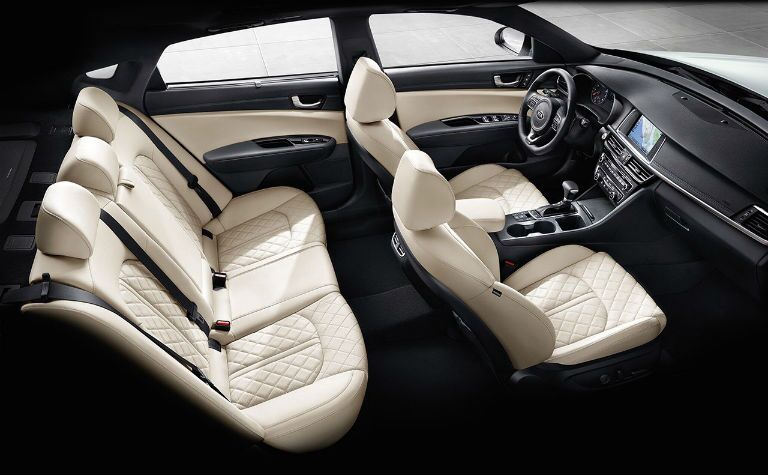 The 2016 Kia Optima and the 2016 Honda Accord are both popular and well-regarded mid-size sedans. It may seem as if they arrived by different methods, what with NBA superstar Blake Griffin slam-dunking over an Optima at the All-Star game a few years back and doing commercials where he's flying off aircraft carriers in an Optima, but don't let that fool you. The 2016 Optima proves the vehicle has staying power, with a peak fuel economy of 28 mpg city, 39 mpg highway in a new-for-2016 LX 1.6T model option. The Honda Accord takes the loss with a top fuel economy of 27 mpg city, 37 mpg highway.

Besides fuel economy, we're going to compare the 2016 Kia Optima and the 2016 Honda Accord in several essential categories, then we'll come to a final determination as to which is the better mid-size sedan. Sometimes it's the seemingly little things, such as the extra inches a 2016 Optima gives you to stretch out in over 104.8 cubic feet of passenger room versus the 2016 Accord's 103.2 in base models or 100.8 in most models. Sometimes it's the big ones, as in the sound an Optima makes with a superior audio system, which can range up to 10 speakers in EX, SX and SX Limited models with a name you can trust: Harman/Kardon QuantumLogic Premium Surround Sound. The Accord starts with four speakers in base models and maxes out at seven for its top-of-the-line models.

If you made your final decision based solely on price, the 2016 Kia Optima tends to be more affordable than the Honda Accord across all comparable model options. But it also comes loaded with 185 HP in base models and 245 HP for its top-line SX and SX Limited trims; it's true the 2016 Honda Accord goes a notch better with 278 HP for its top trims, but the Optima has more torque in those cases with 260 lb.-ft. to the Accord's 252, so you'll have rapid access to your full power with an Optima.

The word "accord" can mean to be in harmony with or agree with; one thing we can agree on is that the 2016 Kia Optima provides a superior ride both inside and out. After looking at fuel economy, performance, features and overall value, we have a clear winner - the 2016 Kia Optima. We have the Kia Optima on the lot at Airport Kia, which is located at 3325 Westview Drive in Naples, FL. Along with the Optima, we carry the popular SUV the Kia Sorento and the power-packed compact Kia Forte, among other models. We also serve the Fort Myers and Cape Coral areas, as well as Bonita Springs and Marco Island. For more information please call us at (877) 747-2059 or come see us in person to see our inventory and test drive a model today. 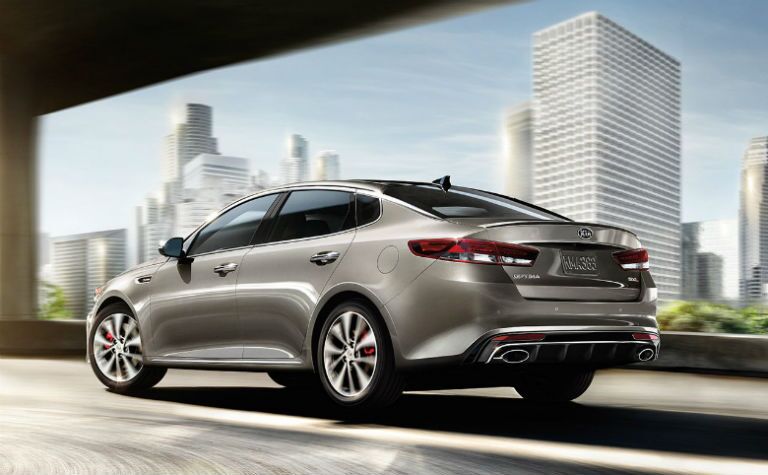